„club edge“ is a sleek electronic music club in bern / switzerland. we made up a teaser to invite the party crowd to that magnificent evening wich was presenter by berlin musicians like nicone, mutlu, la bohéme and chapkmace. the local artists of bern supported their guests from berlin. it is a series of many various events at the club edge in bern. the idea behind the event series is to bring the metropoles of electronic music in europe, to bern and have a load of good times. 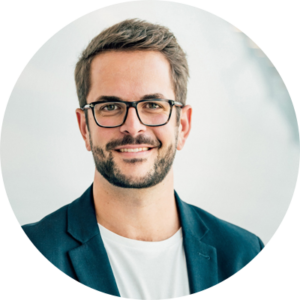 "digitization will not happen without pioneering"

this web-portfolio contains a selection of my self-initiated and professional projects. after many projects at the university of applied arts pforzheim, internships at excellence design agencies in germany, i have found my passion in the global UX-team at Daimler AG wich is working on user experience in a human centered approach for corporate it-systems. This makes me believe that the globe is changing every day in a positive way.

Nowadays I am very open and think freely what my general tasks are. I enjoy working on projects with students, give inspirational speeches/presentations and am interested in intrinsic psychology. Not to forget that digitization keeps me on my toes day after day and an incredible motivation to change the world. portrait credit: robert heck